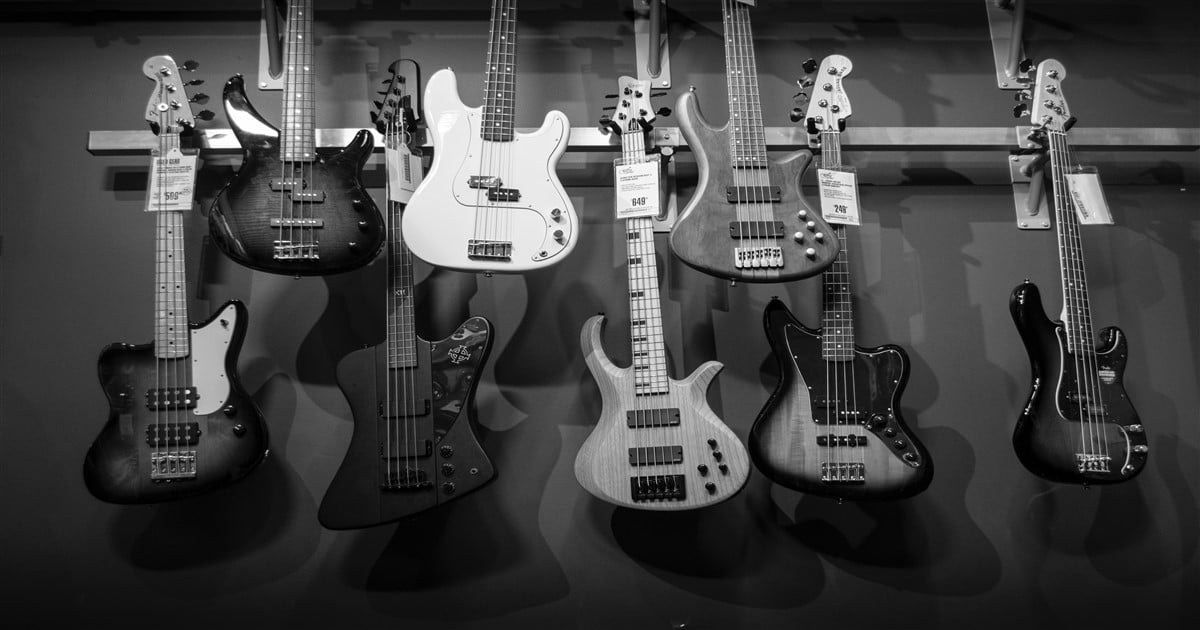 The answer to this isn’t that simple. For this, we will have to dive into the depths of the world of guitars. Do you have a guitar fetish for the collection of guitars? Or Are you just obsessed with guitars in general? Is it a turn-on for you?

There are many questions like this in your mind if you’re on this page. In today’s article, we will cover all these questions rising in your head and inform you about some of the most interesting facts about guitar collectors.

Contents hide
1 Collection of Guitars
2 Can a guitar be a good investment?

Today, not just every guitar player in the field wants to have an elegant vintage piece, but some collectors want to get their hands on these vintage masterpieces from the 1930s to the early 1970s. Some of the best guitars were produced in this period. This beautiful musical instrument went through a lot of innovations during this era.

Can a guitar be a good investment?

To answer this, Yes. Investing in guitars can be one of the best investments you’ll ever make. But to an untrained eye, all of these guitars would look the same. Like only an expert swordsmith can recognize a blade, and it’s Build. Or a proper gem smith can appreciate a real gem.

These days collectors invest in everything they find valuable, so if you’ve got a guitar fetish and are the owner of a collection of good vintage guitars from that particular era in excellent condition, I would say you’re already rich.

To support my statement, I will present several reasons why the collection of vintage guitars would be an excellent strategy. Let’s start with this:

⦁    They are a more tangible entity as compared to stocks and bonds.

⦁     They can be a beautiful collection in the display, and you’ll have fun collecting them.

⦁    They don’t lose their value as time passes. On the contrary old guitars keep getting more and more valuable if they are appropriately maintained in good condition.

⦁    A right guitar will fetch a very handsome price from a collector. Notably, the ones which have been owned by celebrities or rare and unusual pieces with a bit of history.

⦁    If you’re a musician, as well as someone with a bit of passion for the collection of vintage stuff, you’ll love the superior action and tone of a real vintage instrument.

Here is a list of the best prices fetched by some of the Vintage guitars in all time:

4.    The fourth one is 1959 Les Paul Standard sold for a massive amount of 2 Mil USD at a private auction. This guitar has it’s own story. It was purchased by Peter Green second hand right before joining  John Mayall’s Bluesbreakers to replace Eric Clapton in 1967. It’s initial history before Peter Green is unknown. After being with Mayall for 12 months, Peter Green started Fleetwood Mac with his friend Mick Fleetwood. You can hear this guitar on Fleetwood Mac’s initial hits. The story doesn’t end here. Greenwood loans this guitar in 1970 to a young and unknown guitarist named Gary Moore and eventually sold it to him for 300$. Moore later became one of the world’s most respected guitar players and used it for 30 years.

5.     1968 White Fender Stratocaster of Jimi Hendrix. This guitar was last sold publicly at an auction in April 1990 by Sotheby’s. It sold for £198,000 ($325,000), to become the world’s most expensive guitar at that time. Even though it sold for that price 30 years ago, it continues to hold 49th position on this list, based on that sale. It was sold again in 2008  for a reported 2 Mil USD to the Experience Music Project (a non-profit museum, dedicated to contemporary popular culture and founded by Microsoft co-founder and philanthropist Paul Allen). It was later morphed into the EMP Museum and is now famously known as the Museum of Pop Culture.

Enough talk about the world’s most expensive guitars sold in auctions worldwide, we are back on the topic of guitar fetish. Let’s not call it guitar fetish, instead of love for guitars because guitar fetish doesn’t sound very healthy, does it? Now, let’s analyze why would you or anyone prefer a guitar over any musical instrument? Well, I can tell you so many reasons for this particular thing called “guitar fetish.” I am just kidding, I mean let’s see why someone will love guitars preferably over other musical instruments:

I bet not. Guys, I am just messing around. In simple words, playing guitar would be a great way to:

So do you think your love for guitars has turned into “guitar fetish“? Let us know in the comments below.

How To Turn Your Guitar Fetish Into A Profitable Hobby?

ABOUT US
Oasis Guitar is a platform to provide all the honest and related reviews, news and updates for the enthusiastic lovers of guitar. Oasis Guitar is also a part of TechnoCrypt Web Services Pvt. Ltd. , a group dedicated to provide best services all over Internet.
Contact us: support@oasisguitar.com
FOLLOW US
© Copyright 2020 TechnoCrypt Web Services Pvt. Ltd.