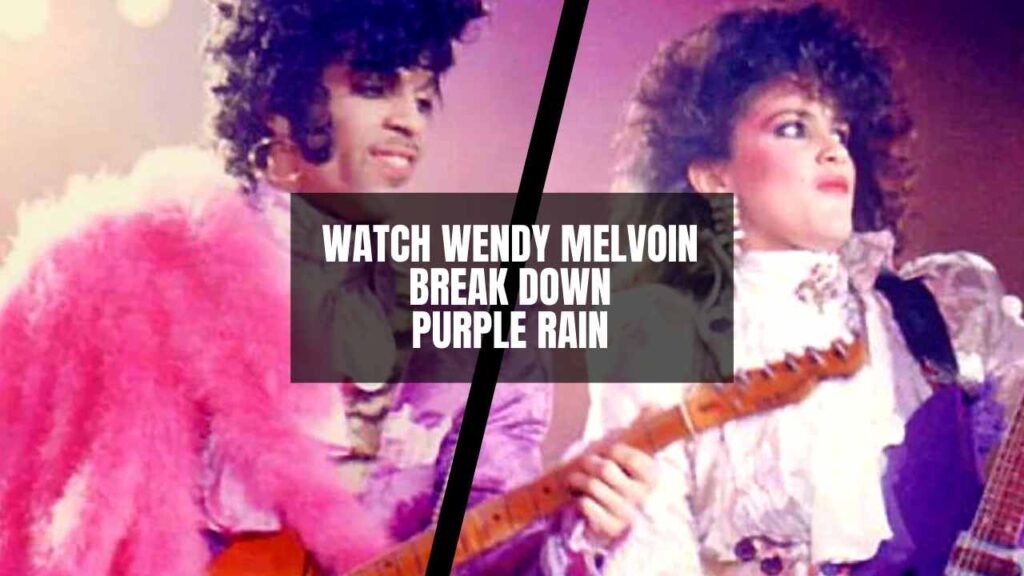 Wendy Melvoin was largely there to talk about the cool-looking new pedal board Marangella had made for her (more on that later), but she also generously shared some insights into how she achieved the tones for a couple of her finest riffs.

Though Prince is recognised as the sole writer of his 1984 mega hit, Purple Rain, it was Melvoin who arranged(opens in new tab) the song’s opening chord pattern as we know it today.

According to Marangella, the original recording was made using a sealed-up Rickenbacker — with G&L pickups – into the iconic Boss CE-1 chorus pedal and a Mesa/Boogie Mark I guitar amp. Melvoin adds that regrettably, both the Rickenbacker and its equally hot-rodded twin — the main guitars she used for the whole Purple Rain record – were stolen.

Wendy Melvoin then performs the riff with a trio of Strymons (the Deco, Timeline, and Bigsky) with a Keeley GC-2 engaged, before repeating it with the same configuration plus a Strymon Mobius for extra depth. Though the technology is more modern than what was utilised for the original recording, the tone is instantly, unmistakably hers.

My Favorite Mistake is a stark contrast to the light and airy Purple Rain riff, and was recorded – according to Wendy Melvoin – using a ’57 Telecaster into a tweed Fender Twin, with a bit of slapback, into a rack compressor. Melvoin then shows how she’d play the riff utilising the stompboxes on her current pedalboard.

In terms of Melvoin’s modern-day pedalboard, the video shows her and Marangella going through the entire signal chain. Melvoin’s signal is routed through a custom-built buffer/interface box before being routed directly into a Klon Centaur. From there, it goes to Vertex’s Steel String Supreme SRV, which Melvoin says she uses as a boost, and then to a JHS Colour Box preamp/EQ pedal.

Melvoin’s compressor pedal of preference is a Keeley GC-2, with a Vertex Boost, Ernie Ball VP Jr., and TC Electronic Polytune also on the board.

Finally, there’s the aforementioned quartet of Strymons and an Eventide H9, all powered by a Strymon Zuma pedalboard power supply.

The interview, which you can see above, also discusses how Melvoin obtains some of her favourite ambient guitar and clean tones, as well as the general story of Purple Rain. The entire thing is well worth seeing.

Oasis Guitar is a platform to provide all the honest and related reviews, news and updates for the enthusiastic lovers of guitar. We try our best to provide best content to our readers.
PrevPrevious5 best guitars for travelers in 2022
NextDisturbed Singer David Draiman Sets the Record Straight on the Band’s HiatusNext