Consider this: You’re on stage, getting ready for a show, and something doesn’t sound right. A faulty tube in your amplifier is frequently to blame. So, when should you Replace Guitar Amp Tubes?

Many young musicians aren’t even aware of the inner workings of a tube amplifier. Tube amplifiers increase signals from your instrument using vacuums or valves. When one of these tubes fails, the music from the amp becomes quieter or sounds odd.

In this article, we’ll look at how long amp tubes should last, how to diagnosis tubes, and finish with a video showing you how to Replace Guitar Amp Tubes!

What is the lifespan of tubes?

Unfortunately, no easy answer exists to this topic. Most manufacturers list the average tube life for preamp tubes as 1000-5000 hours of use. A 4000 hour range corresponds to 166 days of playing time.

Power amp tubes have a much longer listing range, ranging from 500 to 1000 hours depending on the model.

Because there isn’t a good way to predict how long your tubes will last, we recommend to replace guitar amp tubes around the second year (depending on how often you use them) or always keeping fresh tubes on hand! Quality components contribute to the longer ‘lives’ of the amps we recommend, but even the best tubes have a shelf life.

Because bringing tubes with you is just one more item to pack, we usually replace guitar amp tubes once a year.

Symptoms of a Faulty Amplifier Tube

If you’re not sure if you have a bad tube, there are five major indicators that it’s time to replace guitar amp tubes.

Identifying a Faulty Tube in an Amplifier

Remember that there are two types of tubes in amplifiers: preamp tubes and power amp tubes. Preamp tubes convert the sound of your instrument into an electric signal. They contribute to the tone or sound you hear while you play.

The power amp component amplifies these signals to a higher volume so they may travel to your speaker cabinet.

So, how do you test both sets of tubes to detect the issue?

A guitar amp tube tester is a type of tester used to determine the electrical conductivity of vacuum tubes. The device works by applying a voltage across two electrodes and measuring how much current flows between them.

While this is the simplest approach for testing tubes, some of our other methods can often detect problems before they become irreversible.

Signs That Are Visible

A few visual examinations can be performed on a tube to diagnose it.

Search for an Orange Glow.

The first is their radiance. When preamp tubes are performing properly, they may emit a warm orange glow. However, if the tube glows like a light bulb, it may be faulty and you need to replace guitar amp tubes.

A purple or pink glow in your tube could indicate that a seal has been damaged or that excess gas has entered the vacuum. Both of these symptoms indicate that a preamp tube has failed.

The “getter” is the next thing we’ll look at. This is a tiny silver substance that is frequently used to seal vacuum tubes. It’s fine to use a light grey or black getter.

If the getter is completely white, you might have a problem with the seal. This discolouration is caused by a vacuum leak and is a clear indication that the tube needs to be replaced.

A blown fuse is far more likely to cause a power outage. If your fuses are fine, ensure that your power source is receiving good, clean voltage.

If neither of these options works, resort to the above-mentioned visual checks. A faulty power or output tube is the third most common power issue. When a rectifier tube fails, it frequently blows a fuse, so you may need to replace both.

Unusual Sounds from the Amp

As previously said, unusual sounds coming from your amplifier could indicate that you need to replace guitar amp tubes. A defective tube can generate popping, humming, hissing, and a persistent crackle.

A lack of frequency range or a change in output tone indicates that it is time to replace your power tubes. Any decrease in bass, treble, or volume should be addressed by inspecting the amplifier’s tubes.

Do different tubes affect the tone of an amplifier?

There are relatively slight variances in tube sound. We honestly don’t give much thought to whatever tube is in our amplifier!

If you have additional money or are searching for a specific sound, you can experiment with different combinations of pre and power tubes to see which one works best for you!

When to Replace Guitar Amp Tubes – The Final Note

The basic message is that you shouldn’t be too concerned about the tubes in your amplifier, but you should replace guitar amp tubes if you suspect something is wrong. Most amplifiers will survive a year or two before they need to be serviced.

When something unusual occurs, return to this guide to diagnose the symptoms of your amp tubes and get back to jamming!

Oasis Guitar is a platform to provide all the honest and related reviews, news and updates for the enthusiastic lovers of guitar. We try our best to provide best content to our readers.
PrevPrevious50 Easy Acoustic Guitar Songs for Beginners
NextBest 12 Strings Guitar Buying GuideNext 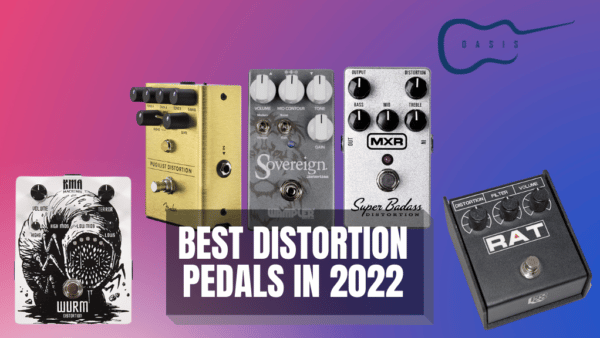