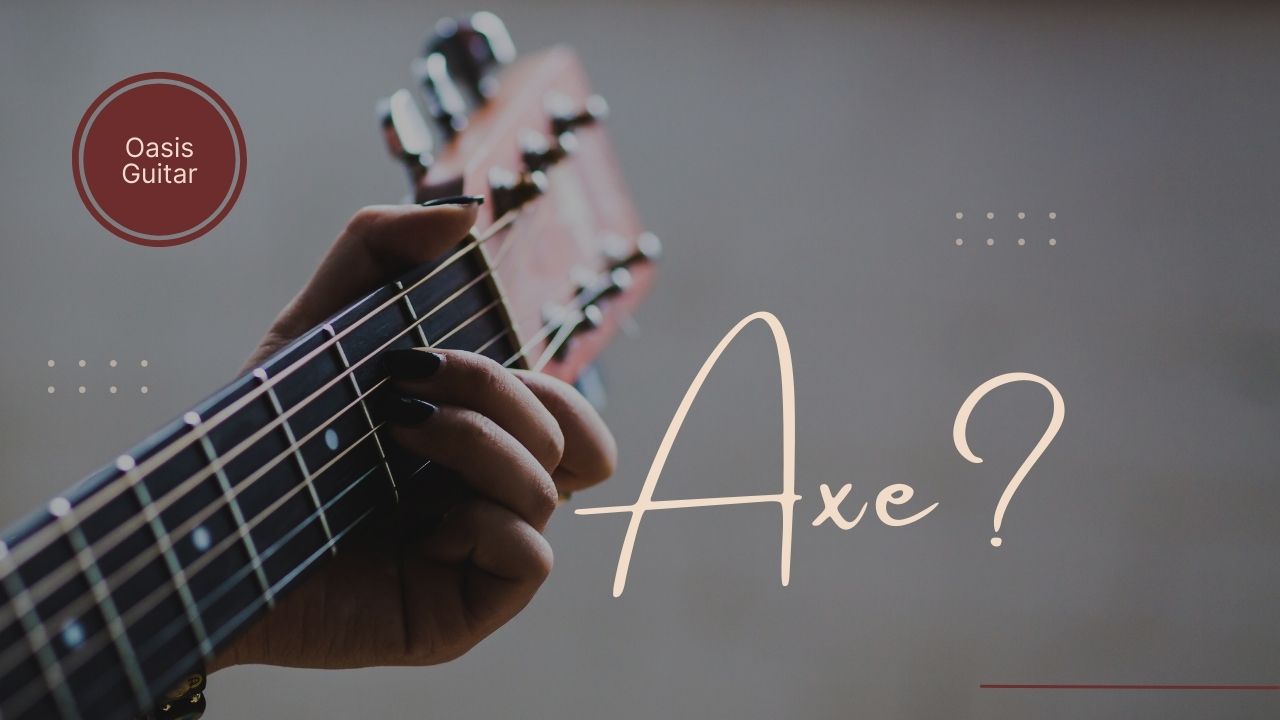 When you walk onto the stage, you’re not only preparing to entertain with your musical abilities. You’re going into battle, battling your fears, insecurities, and self-doubts.

You can face these foes with confidence because you’re armed with your preferred weapon, the mighty axe (referring guitars as axe).

Of course, I’m referring to your guitar. For decades, electric guitars have been referred to as axes. But why is that? All warriors require rest, so take a break from learning killer riffs to learn why a guitar is called an axe.

What Is the reason of calling Guitars as axe? We don’t know when or how axe became a popular nickname for guitars, as with most slang words. However, there is a good chance that the term was coined by jazz musicians in the 1950s. It was the progression from saxophone to saxophone to axe to all other instruments, including the guitar.

However, no one can be certain of the exact origin of the term “axe” because there are so many intriguing nitty-gritty details in this case. Let’s go deeper!

When did we start referring to guitars as axes?

Tracing the origins of slang terms can be difficult, and the simple answer is that we don’t know when this term first appeared.

However, I can provide some rough estimates as well as some background on the origins of guitars as axe slang.

Obvious Connections: How Similar Are Guitars as Axes

To begin, there are a few factors to consider that may have contributed to this slang term for guitars as axe.

These are shaky links, but anything that strengthens the links between slang and its meaning can help the term gain popularity.

But first, consider some historical evidence.

The verb “woodshed” was first used as a synonym for punishment in 1907. A parent would bring their child to the woodshed for a spanking so as not to disturb the peace of other family members.

If you are a parent of a beginning musician or are in the early stages of learning an instrument, you are aware that the first few months of practise can be torturous for anyone forced to listen.

As a result, musicians looking for a place to practise in peace and quiet would go to the woodshed. Woodshedding, or simply shedding, became a popular term among blues and jazz musicians, with one of the first recorded examples appearing in a 1936 interview with Louis Armstrong.

Of course, woodsheds were also used to chop and store firewood. And what was the purpose of this? The axe. Here we see the first attempts to connect guitars as axes.

Dr. John, a New Orleans musician and music slang expert, explains in the foreword to Debra Devi’s book “The Language of the Blues: From Alcorub to Zuzu,” that many early blues terms were lifted from the illegal lottery business of the 1930s.

Mobsters used the guitars as axe to refer to their machine guns at the time. These guns resembled electric guitars of the time when carried in their bags.

Blues musicians looking for an edge began incorporating mobsters’ slang into their own vernacular.

The jazz musicians of the 1940s and 1950s had a huge influence on musical terminology, and we owe a lot of our hobby’s slang to them.

Words like “groovy,” “gig,” “chops,” “wailing,” “killing,” and “noodling” all originated in the jive slang of early jazz musicians in New York, New Orleans, and Chicago.

The term “axe” may have originated as slang for saxophones. Saxophone, shortened to sax, became axe, which became a generic term for any instrument over time.

Starting in the 1950s, even typewriters were referred to as axes. Because an axe is a useful tool, anything that someone used as their primary implement in their profession could be referred to as their axe.

By the 1960s, guitars as axe had become fairly common slang for many.

As the popularity of rock music grew, so did the somewhat harsh and violent terminology for guitar performance.

This is due to the darkness and angst associated with rock and metal. Musicians in these genres, like blues artists in the 1930s, frequently want to be seen as daring forerunners in an outlier artform.

Gene Simmons, the frontman of KISS, even designed a custom bass guitar in the shape of an actual axe!

It stands to reason that as this attitude grows in popularity, guitars will be nicknamed after weapons of violence and destructive tools.

It’s surprising that we haven’t taken it a step further and started calling electric guitars “WMDs.”

Guitars have many slang terms around the world, some more popular (and sensible) than others:

Are there other instruments referred to as axes?

As I previously stated, guitars were not the first instruments to be referred to as axes.

Saxophones are thought to have been the first to bear this title, followed by trumpets and other brass instruments.

In some jazz circles, any instrument in the band can be referred to as an axe.

What else is “axe” slang for?

To axe someone or something as a verb can mean to cancel, dismiss, or reject, as in “I got axed from my job yesterday!”
Since the 8th century, “axe” has been used in place of “ask,” as in “I’d like to axe a question.”
Giving someone the axe means dismissing or firing them. “He was a terrible drummer who was always late for practise, so we had to axe him.”
If you have “an axe to grind,” you have a grudge against someone or a strong opinion about something.

So, Which is it? Is Axe or Ax Correct?

This is one of many instances in English where a word has more than one accepted spelling. Both are technically correct.

They are pronounced exactly the same and have the same meaning.

The older spelling of the word, axe, is the most common outside the United States.

The spelling “axe” is mostly used in the United States, but it has gained popularity in other countries over the last 50 years.

When it comes to guitars, however, “axe” is almost always the default spelling.

Finally, as with most slang terms, we don’t know when and how this guitars as axe became a popular nickname.

Maybe it was the transition from saxophone to sax to axe to all other instruments, but I’m sure at least one blues guitarist in his twenties told his wife he was going to the woodshed with his axe so his playing wouldn’t wake the baby.

I’m glad we have this term, whatever its origin.

Playing music makes me feel strong and confident, similar to how I imagine I would feel if I walked around with a large mediaeval weapon.

What name do you give your guitar?

I wish you the best of luck and encourage you to keep rocking! 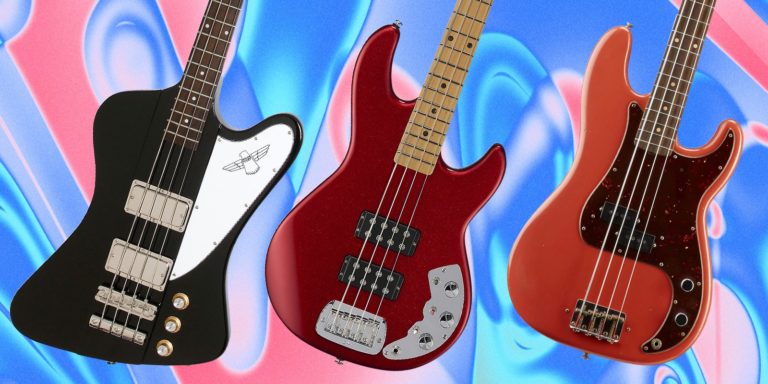 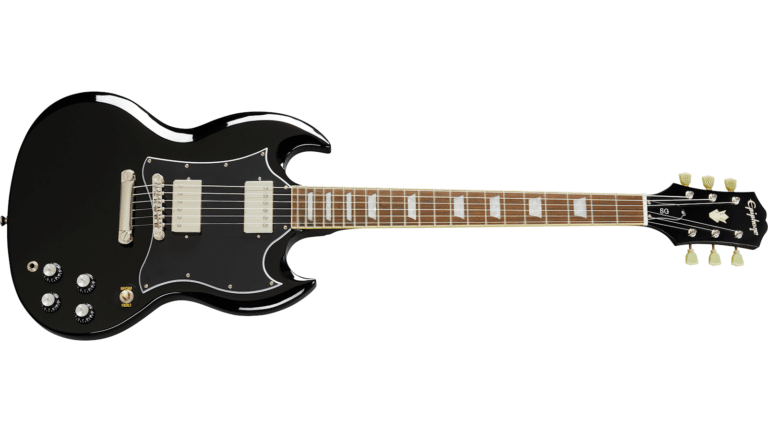 If you’re new to electric guitar or just want something very versatile and convenient, then the Epiphone SG… 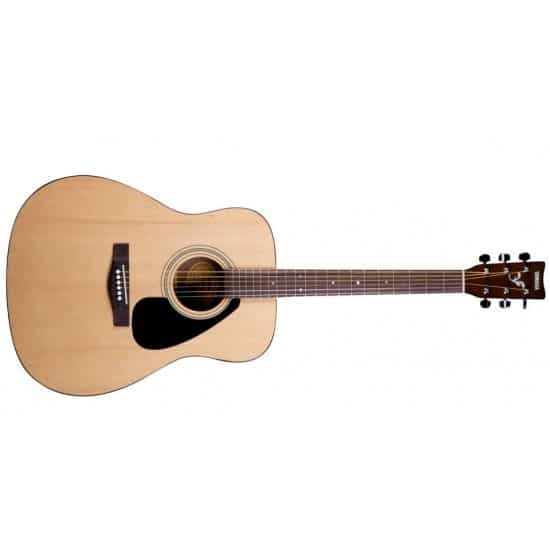 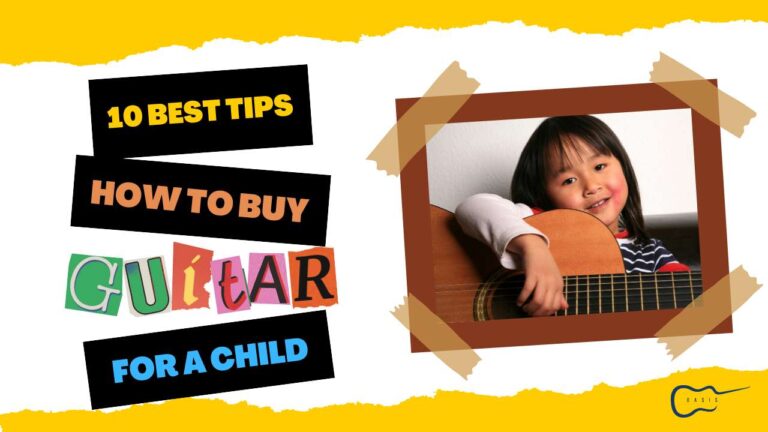 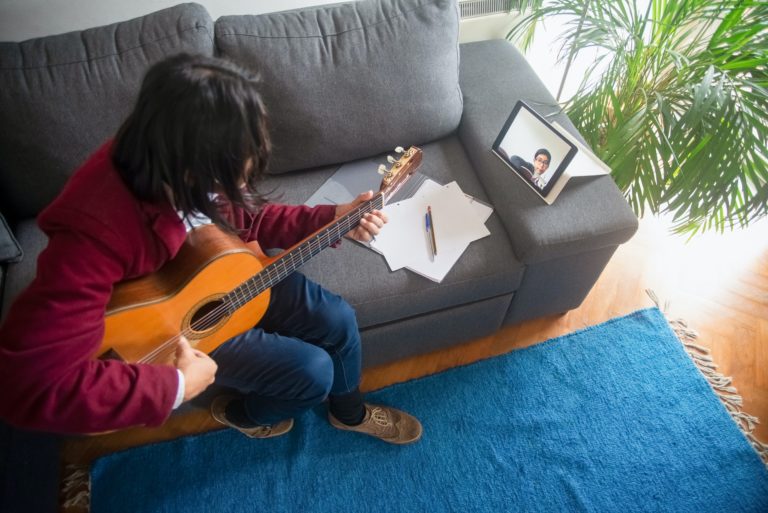 Learning guitar can be difficult. It takes years to grasp and lots of time to obtain great guitar… 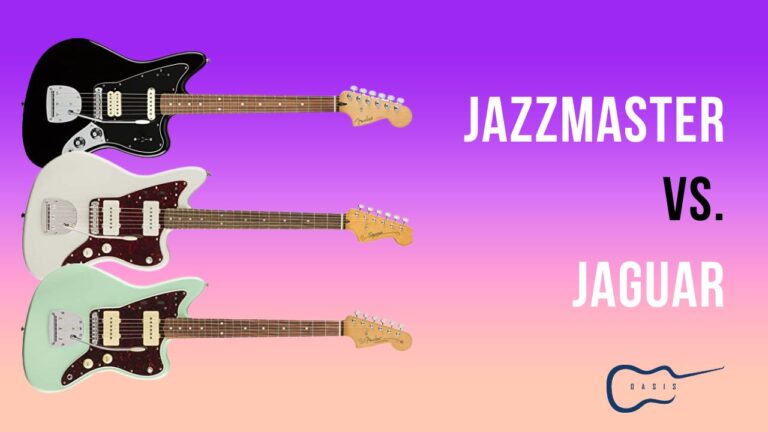